Locked in their castle home as a battle rages around them, Tigreus and Clara know that their lives are about to change. Beyond measured miles away, Michelle fights to keep her family together after the death of their mother, whilst all their father can do is write stories that no one reads. Except one remarkable wheelchair-bound boy whose head and heart are full of other stories, told to him by his beautiful carer.

Storyline is about truth and lies, the real world and the made-up world. Intense and brief as it is, its theme is everlasting.

Recommended ages 12 and above. 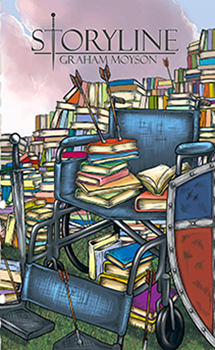 All stories are real and everything that’s real is a story. I can’t tell where one ends and the other begins.