Three for a Girl, Four for a Boy

Emma is one of the rare few who can see their spiritual guardian, known as a SCAR. Suraya, just like the others of her kind, takes the form of a rat as she watches over her fourteen-year-old charge, assisted by a group of magpies. Guided by Suraya’s wisdom, Emma navigates a roller coaster of emotions at home and school.

Three for a Girl, Four for a Boy is a unique, thoughtful and challenging book by the author of Ernest Simba. 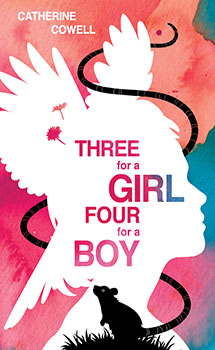 I felt glad that he’d invited me to join him. He was nice. Not like Liam nice, and I anyway got the feeling that girls were never going to be his thing..