Growing Up In Babylon

Ten years after the end of WW2, many families are still affected by the conflict. Parents have been lost or are unable to care for their children. War is never over even after peace is declared.

Twins Kay and Kitty find themselves in an orphanage whilst their parents recover from wounds and illness. There, they make new friends, fend off enemies and learn about the gentler as well as crueller sides of life. Adults are not always models of integrity and growing up is difficult, especially in a strange environment.

For readers aged 10 and over. 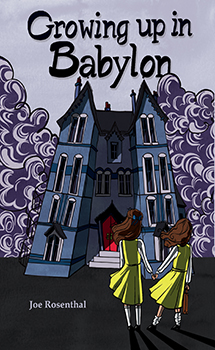 “I’ve a mind to punish you all now. Such insolence and cheek from children!”