Jeremiah Blum treats others badly. He disrespects his parents and classmates but cannot understand what is wrong with other people, why they cannot see him for the wonderful person he knows himself to be.

Fate intervenes when he is hospitalized after an accident and meets the mysterious Nurse Alby Wheatly – spirit, demon or madman, who can say? Certainly, Jeremiah cannot.

He will learn in the most astonishing way that you can never outrun who and what you are. Wherever he goes, even into other lives, the past follows. 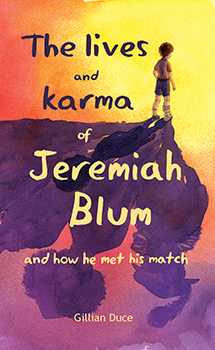 He was starting to think that there was no point in trying to work out a lot of things to do with Nurse Alby.