Mitzie lives at Manor House, an ordinary station on the Piccadilly Line, but Mitzie is no ordinary mouse – she can read the writing of the Tunnellers. Intrigued by all the station names, she decides to go exploring.

All alone she sets out on an adventure which grows and grows.

Piccadilly Mitzie is the first in a series about the mice of Tubeworld. All are thoughtful books for thoughtful children and keenly intelligent, open-minded and astute adults. 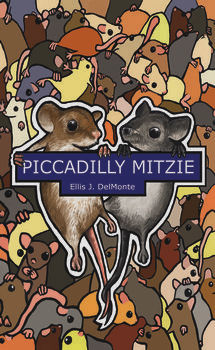 Into the blackness came a glowing, golden mouse.