Oliver Togg is selected to represent Earth in a Galactic Olympic Competition the like of which has never been seen before. Will he win, or is winning not that important to extra-terrestrials who value friendship, sportsmanship and knowledge above gold medals.

Star Games is a funny, cheeky and exciting tour through the Milky Way, led by little Oliver Togg who has a lot to prove, to Olympius and to Earth, but most of all to himself.

This is a new edition to coincide, almost, with the London Olympics. It has a new cover and wonderful illustrations by talented young artist Felix Leone. 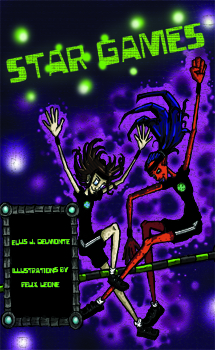 Oliver stared at the volcanoes, one after another, spitting flames and boiling lava. It looked like pictures he’d seen of Earth when it was just getting started, black and red and vicious, but awesome.