Life is precious, and the taking of it has terrible consequences. For those affected, it can mean a seismic shift of faith and understanding,

Set in the London Borough of Hackney with all its cross-cultural complexity, Act of Charity is a compelling and moving crime drama, sometimes shocking, sometimes touching, always gripping; a slow-burning thriller peopled by the best and worst of humanity. 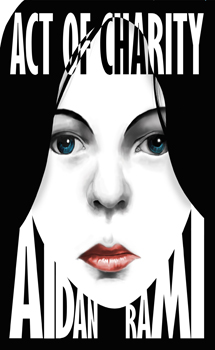 People sat and talked or just sat silently with their own thoughts and fears, knowing that everything had altered and not knowing how their own lives would change because of this seismic shift.